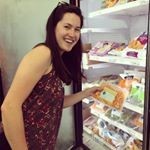 Quabbin Harvest Food Co-op in Orange, Massachusetts, is a grocery store and so much more for the community it serves. The store offers a full range of groceries for local shoppers as well as “Community Shares” programs that help to make food affordable to low-income customers.
It buys fruits, vegetables, meats, and other products from the small farms that dot the rural North Quabbin region, giving those farmers a predictable market for their goods. But, as the store’s Board Chair Cathy Stanton notes, the co-op most importantly provides a community gathering space for locals and pulls economic activity to the heart of Orange.
“The goal is to be a lively anchor for downtown,” said Stanton, who, in addition to serving on the Quabbin Harvest board, is a Distinguished Senior Lecturer in Anthropology at Tufts University. “We hope it will help bring life and commerce to the businesses around it.”
The store’s mission is four-fold: to provide healthy food at affordable prices, to support local agriculture, to create community, and to respect the environment. “All the pieces food can help connect,” Stanton mused.
Quabbin Harvest employs a full-time manager plus seven part-time workers and is open six days a week. Its building on North Main Street is owned by Mount Grace Land Conservation Trust, which has an active farmland conservation program. The co-op has more than 900 members and is governed by an active 11-member Board of Directors elected by the membership. While members make up the majority of the shoppers, the store is open to all.
The co-op is still working to reach profitability, but it is on a much firmer financial footing now than it was back in 2018, when it faced bankruptcy. “We were going down for the third time,” Stanton said. Having launched in 2014 with insufficient capital, and experiencing significant staff and board turnover, the business was struggling. Precisely because it was a for-profit enterprise, funding streams were limited.
Stanton learned about the Massachusetts Food Trust Program (MFTP) in 2018 and applied. The venture met the program’s criteria and already participated in the state’s Healthy Incentives Program (HIP), which gives those who qualify for federal SNAP benefits additional monthly dollars toward healthy, local fruits and vegetables.
Quabbin Harvest received two micro-grants, one for business assistance with financial reporting, and the other for marketing, signs, and public relations. FCCDC’s Amy Shapiro and Amine Benali at LEAF spent a lot of time getting to know the business. The advice Cathy received “was so smart, so targeted.” The store also secured MFTP loan funds “to bring us back from the brink,” Stanton said. The second loan installment helped leverage donations Quabbin Harvest had been receiving from members and other supporters.
“These [MFTP and HIP] are two amazing state programs,” Stanton said. “I don’t think we’d be here without them.” Around 100 household members who visit the store these days use the HIP program.
While the road to get the store to where it is now was at times rocky, Stanton has found the journey gratifying. “It’s been so rewarding to help nurture this store along,” she said. “In a world where there’s so much out of our control, it’s nice to be able to do some good.”